AFTER Karel Capek’s departure from Scotland, Alan Riach follows the Czech writer to Wales, where he casts a longing glance over to Ireland, and then back to England before his return to mainland Europe.

WE accompanied Capek to Skye last week, but his last location to visit in Scotland was Glasgow, and it’s as grim and oppressive as any over-industrialised city could be. “Is there any beauty in factories, docks and warehouses, cranes in the harbour, towers of steel-works, flocks of gasometers, clattering cartloads of goods, tall chimneys and thunderous steam-hammers, structures of girders and iron, buoys in the water and mountains of coal?”

Surprisingly, the answer is yes: “All these things are very beautiful and picturesque and monumental,” but there is a qualification: “The life which is born from this is neither beautiful nor picturesque” – no: it is “crude and grimy and sticky, noisy, reeking and oppressive, disorderly and burdensome, more burdensome than hunger and more disorderly than squalor …” And he admits at the end, “I fled …”

Scotland provided him with much to think about, and he carries the memory of his travels with him, their pleasures, miseries and the visions they give of what might yet be. His visit to Wales is shrouded in a mysterious attractiveness, but here this manifests itself through the distinction of the language. Welsh, he admits, “is a complicated language” and this is evident from the name of a village near Anglesea (as Capek spells it): Llanfairpwllgwyngyllgerychwyr ndrobwillantysilegegegoch.

Capek is both respectful and daunted, both curious and tentative, about the Welsh people and their language. “In other respects Wales is by no means so strange and terrible as its place-names,” he tells us. “I crept down to Carnarvon, the chief town of the Welsh; it is so far away that the people in the post office know nothing about our country, and at seven o’clock no evening meal is to be had there. I do not know why I should have spent two whole days there”.

And his summary is sharp: “Wales is the land of mountains, Lloyd George, trout, excursionists, rain, bards and a Celtic language.”

He never gets to Ireland. When he was travelling, in the early 1920s, there were good reasons for that. He intended to visit, he tells us, but nearly everyone advised him against it, because trains and bridges were being blown up – not all of them, but enough to make you think twice.

He considers buying a guide book, so he visits various bookshops and finds books about Cornwall, Snowdon and the Wembley Exhibition – but none about Ireland. He recollects George Bernard Shaw, who recommended a single spot in Ireland: “A small islet in the south, the name of which I have forgotten. The people there, it appears, have preserved much of their primitive character; unfortunately, added Mr Shaw, it is impossible to land on the island in question.” And so, regretfully, he decides to let Ireland keep its secrets, and only allows himself to “gaze with affection and joy at the map”.

Well, as we saw last week, Scotland is a depopulated wilderness, a capital city reversing expectations, and an over-industrialised concentration of commercialism and exploitation. Yet it is the colours of Scotland that remain, aspiring blues, translucent greens, that sense from the mountains that people might even yet “rise up” – “to rise from the grave, to get a life worth having.”

In the Lake District, Capek’s guide book mentions various “beautiful views, as well as the stone upon which Wordsworth used to sit; and other local beauty-spots”. He makes a pilgrimage to look at sheep: “They graze on silken lawns, and remind one of the souls of the blessed in heaven. Nobody watches them, and they spend their time in feeding, sleeping, and divine ponderings.”

Much like Wordsworth, one infers, though, of course, he also walked a lot.

Capek is kind to England now: “On the whole, a country which has contrived to produce the finest childhood and the finest old age certainly possesses something of the best there is in this veil of tears.”

But his humour is wry and whimsy leaves much unspoken: “In England I should like to be a cow or a baby; but being a grown-up man I viewed the people of this country.”

As he approaches his return to mainland Europe, there’s a sense of England being held in balance on one side of a set of scales and all the European countries he has visited being on the other.

We’ve accompanied him to Spain, Italy, Holland, Scotland and Wales, and it’s as if the latter two Celtic countries were much more within the company of nations than this exceptional and yet underwhelming England: “Nature here has a propensity for unusual shagginess, excrescences, woolliness, spikiness, and all kinds of hair.”

‘NOBODY can beam and warble while chewing pressed beef with diabolical mustard. Nobody can exult aloud while unglueing from his teeth a quivering tapioca pudding.”

Then comes the final judgement and his closing comments: “English cooking lacks a certain lightness and floweriness, a joie de vivre, melodiousness, and sinful voluptuousness. Indeed, I should say that English life also lacks this … “The Continent is noisier, less disciplined, dirtier, madder, subtler, more passionate, more affable, fond of enjoyment, wayward, harsh, talkative, more reckless, and somehow less perfect. Please give me a ticket straight away for the Continent.”

As he sails away he reflects on his travels, and here we shall give him the last word: “I have seen greatness and power, wealth, prosperity, and an incomparably high standard of achievement.

“Never have I felt sad at the idea that we form only a small and imperfect corner of the world. To be small, unsettled, and uncompleted is a good and valiant mission.

“There are large and splendid Atlantic liners with three funnels, first-class steamboats which rumble along on the high seas; and there are small, unpretentious cargo tramps. Well, friends, it takes quite a lot of pluck to be one of those small and uncomfortable conveyances.

“But do not say that things in our country are on a small scale; the universe around us is, thank God, just as great as the universe around the British Empire. A small steamboat will not hold as much as one of those big ships; but, my dear sir, it can sail just as far or even elsewhere. That depends on the crew.”

Braves-Dodgers: Dustin May to start for Los Angeles in NLCS Game 7 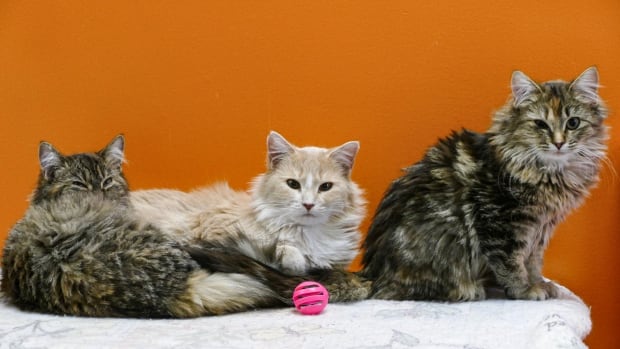